On this page I would like to briefly explain how I got the name NXT2017 in the first place. Because this description has shaped me so much that I like to dedicate myself to it in this separate page.

Like most people with a career path, I have had a history that has greatly shaped my trading experience.

In 2013/2014 I was one of the people who had also bought Bitcoins. However, not as an investment, but actually as a means of payment. At that time, I could have generated EUR 21,000 out of EUR 100, if you look at the development today. However, none of us can read the future, with which I had given away the EUR 100 for a service on the Internet at that time.

This experience of missing something led me to the idea of investing again in crypto currencies. And this time I keep the money until there is a return. That’s why I went in 2017 looking for the right investment.

After some research, I decided not to buy any known crypto currencies, but instead to rely on an as yet unknown crypto currency, which in the past had a clear price swing. At that time I made the choice to invest 450 EUR of my savings in Nextcoins. 450 EUR, an amount I would be willing to lose in the worst case. Nextcoin is named also NXT-Coin. Since my purchase, the value of this crypot currency has steadily fallen and is still at one of the lowest values ever, while in parallel bitcoin had almost doubled again during this time. A mistake! I have had the same experience with my NXT-Coin as it is described in tulip mania.

Tulip mania is about the history of tulip bulbs. This tulip bulb had experienced an excessively high price due to extreme demand. This is also called a speculative product. It took years for the tulip bulb to regain a normal price and has remained stable ever since.

I have also messed up this phenomenon with NXT-coin. I still have NXT-Coins and will keep them even if they are no longer worth anything at the moment. 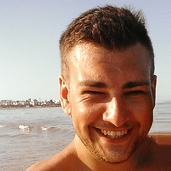 PayPal or Credit Card (via Stripe)